Test Automation: Benefits and Use Cases 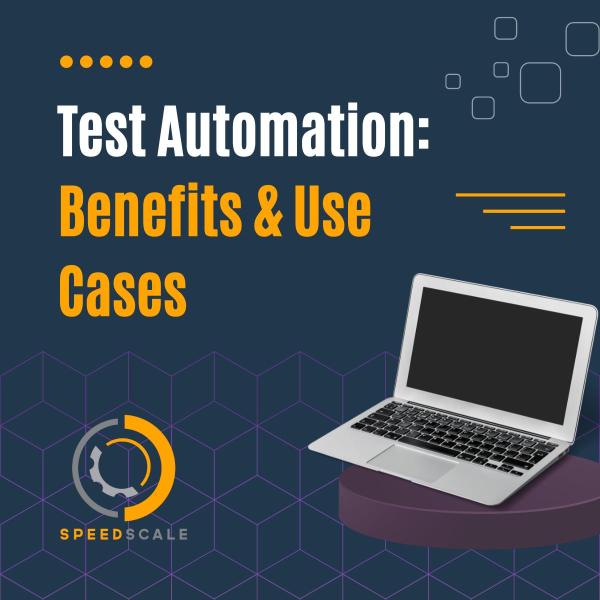 After spending hours or even days manually testing your software, you’re wondering whether there’s any way to optimize this process. Well, you’re right to look toward implementing test automation.

However, minimizing manual labor isn’t the only valid reason to do so; there are many other benefits to test automation, a few being:

Test automation is an entire field in itself that can help you improve accuracy and resilience, which you’ll learn a lot more about throughout this post.

What is Test Automation?

Before the widespread adoption of test automation, developers had to rely on manual testing to ensure the quality of their applications. Under this system, developers often ran into quite a few issues:

These are just a few examples of how manual testing can have a negative impact on an organization, which is why test automation has been heavily adopted in many organizations. It frees up time and ensures that tests are repeatable.

As with everything in the world of software, test automation is evolving. These days, it’s not uncommon to see even the creation of tests being automated. You’ve already been introduced to some of the benefits of implementing test automation, but perhaps that’s not enough to convince you. Below you’ll find a list of benefits and why they matter.

Mistakes in testing can carry huge costs, as they might cause tests to fail even though the software is working perfectly, which in turn wastes a lot of developer time trying to debug working software.

On the other hand, mistakes may lead to software passing testing even when there are bugs. This is arguably worse, as there’s now a risk of your customers having a bad user experience.

Computers are inherently more precise and consistent, as they don’t experience fatigue. Given properly configured tests, automation will greatly improve the accuracy and resiliency of your tests.

But test automation doesn’t just reduce human errors because they’re consistent. In implementing test automation, you will codify your tests, meticulously planning out what the tests are going to do. This, of course, has the added benefit of documenting your tests along the way.

Any modern organization is interested in optimizing resources, whether technical or human ones. In the case of test automation, you’re generally optimizing human resources by freeing up time to focus on more important things.

Most commonly, the extra free time is either spent developing new features in the code base or increasing the complexity of the tests. In any case, it’s a huge benefit to any organization.

But you can also choose to focus on optimizing your technical resources. For example, you may have a dedicated testing environment where you spin up new versions of the application you want to test. It’s common for these testing environments to be static when using manual testing, running even when no one is using them.

With test automation, you can automate the creation of these environments as well, spinning them up when they are needed and closing them down when the test is done. Depending on the size of your environment, this can lead to huge cost savings.

It’s not uncommon to see features being rushed through software development as management wants the new features deployed as soon as possible. Which, to be fair, is not unreasonable.

However, if it takes too long to get the results of your test, you may be inclined to skip the tests and deploy the feature without full test coverage. Everyone can agree that it’s not an optimal approach, but all engineers can attest to the fact that it has happened once or twice.

Automation Around Your Test Automation

Getting your tests automated and ensuring quick results for developers is a major benefit in itself. However, developers still need to analyze those results.

Taking things a step further, you can use automation to:

Because automated tests can be run quickly and efficiently, developers can execute a large amount of test cases in a short amount of time, in turn speeding up the testing process. The faster testing process can then allow developers to test more features, ensuring that all parts of the software meet a high standard of quality.

As has been mentioned a few times now, test automation will significantly increase the stability of your tests. Not only can an automated test be run quickly and repeatedly, but it can also be run consistently and reliably, ultimately resulting in a much more stable piece of software.

Using test automation also lets you have much more control over the environment, with a sense of predictability. This can allow developers to test their applications in a wide variety of scenarios, even covering very specific edge cases.

Lastly, automated tests can be run on a regular basis, such as nightly or weekly. For example, you might not want to run a full test suite every time a developer commits a new feature. In that case, it could make sense to implement regular test runs of the entire application, making sure bugs don’t accumulate over time.

As mentioned in the last section, test automation allows developers to test many more parts of their application, as they no longer have to spend time setting up environments and executing tests.

All of the previous points come together to increase the quality of your software significantly. With fewer errors, higher coverage, and increased scalability, you can be much more confident in the software that you deploy.

This is how companies such as Amazon are able to deploy thousands of times a day.

Use Cases for Test Automation

Knowing the benefits of test automation is only one piece of the puzzle. It’s arguably more important to know where to implement it. Not all tests are suited for automation, such as exploratory tests, where the point is to explore the system.

Below you’ll find a few examples of where it makes sense to implement test automation.

The point of setting up a CI/CD pipeline is to automate the development and deployment of software. As such, it only makes sense that test automation and CI/CD should be combined.

When implementing a CI/CD pipeline, you configure it to verify that a given set of checks is passing. So, having the tests run automatically will greatly increase the efficiency of your CI/CD pipelines.

Additionally, combining these two concepts is one of the best ways to make sure that the software delivered to customers is of the highest quality and allows you to trust what’s being deployed.

Regression tests can be some of the most repetitive, predictable, and stable tests to perform. The point is to make sure that all existing parts of the application still work as expected after introducing a new feature.

Overall, regression tests are very suitable for automation because they need to be run quickly, consistently, and reliably.

One area that has yet to see a big embrace of test automation is load testing, but it is becoming more common. Load testing is designed to evaluate the performance and resilience of an application, making sure it can withstand a given amount of load.

By combining test automation and load testing, you can make the system steadily increase the load to your application, allowing you to figure out exactly what load your application is capable of handling. However, be sure to understand the considerations to keep in mind when load testing.

End-to-end testing is meant to evaluate all parts of your application from start to finish, making sure that all parts work together as expected. This is accomplished by simulating real-world usage of your application, verifying that it handles regular user interactions.

The biggest hurdle in end-to-end testing is the setup. Because you need all parts of your application to work together, setting up an environment can be quite a task in itself. This is also why you’ll find a lot of organizations not even performing end-to-end tests.

Testing the user interface (UI) is traditionally done by opening up the application and then manually clicking around to verify everything. Not only is this a very time-consuming and tedious process, it’s also one of the most error-prone types of manual testing.

Implementing test automation here will ensure that you quickly discover any usability or design flaws. In UI testing, it’s somewhat common for bugs to fall through because the UI hasn’t been tested on a specific combination of device and browser. With automation, this should not be a problem.

And, as with load testing, there are even tools that can help you record user interactions that you can then play back, ensuring that your application is testing real-life use cases.

Getting started with compatibility testing can be a big undertaking for any organization, especially when done manually, as the number of test cases can quickly increase. Imagine that you have a mobile app to test on two devices and two different OS versions, with ten test scenarios to run. Now imagine that there’s another OS version and another device you need to test. See how just two more variations to the compatibility matrix added five more devices? This is just a simple example, and in the real world you are going to have many more devices that need to be checked. Because of this, compatibility testing is a perfect candidate for test automation.

Test Automation Can Improve Your Efficiency

Test automation can be a big accelerator in delivering software quickly and methodically, and help you avoid user reports of bugs and errors, wasted engineering hours, and limited coverage. However, it does come with a big up-front investment of time and effort, which has to be taken into account.

Some organizations cannot afford the expenditure, as they’re doing everything they can just to keep the lights on. As with every improvement in software, it’s important to perform a cost-benefit analysis on new initiatives. But at the same time it’s important to remember how test automation does not need to be one complete overhaul, and can be tackled in increments. A little bit at a time every sprint.

If your applications are running in Kubernetes, you can quickly get started with automated load tests in Kubernetes. 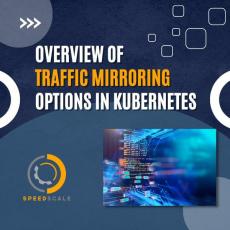 An Overview of Traffic Mirroring Options in Kubernetes
Jan 24, 2023 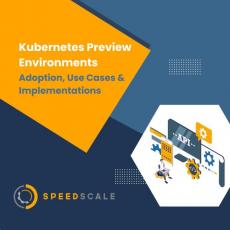 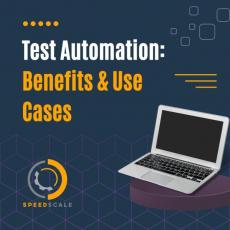